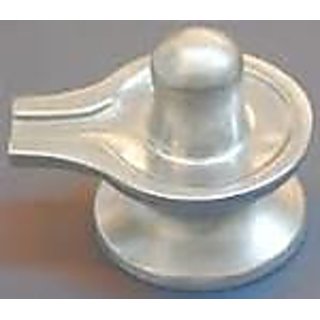 100 Original Parad Shivling Working Great for All round of goodness of God!

Get best prices of 100% Original Parad Shivling Working Great for All round of goodness of God! on Shopclues.com Kesar Zems Product Id : 85682615
4.4 (7) 3 Reviews
?
Surety Shopclues

The product is sold by a brand authorized seller who is authorized to sell the brand.

Get this for as low as: ₹441 How to earn CluesBucks+

100 Original Parad Shivling Working Great for All round of goodness of God!

Complete with 8 Sanskaars (8 stage of Purifications done as per Parad Sanmhita) and removal of Saptakanchuki (100% medicated and hygienic); the Siddha Parad (Mercury mouth closed with Aghor Vidhya) is formed to make Murthi-Badhha / Agnibadha (sustain the heat) Shiva lingam. The Extract from this Shivling gives 24 Ras and 5 Tatva which removes all diseases in the body.

Mercury is a naturally occurring element that is found in air ,soil or water. It exits in several forms : elemental or metallic mercury , inorganic mercury compounds & organic mercury compounds.
Mercury is an element in earth crusts, humans cannot create or destroy mercury. Pure mercury is a liquid metal,sometimes referred as quick silver that volatizes readily . It has traditionally used to make products like : thermometers ,switches & some light bulbs.
Mercury is find in many rocks including coal. when coal is burned mercury is released in environment.
Mercury & it's compounds have been used in medicine although they are much less common today than they once were, now that the toxic effects of mercury & it's compounds are more widely understood.

** It is written in various purana's that a person who worship single Parad Shivlingam get equal benefit's to worship 108 other types of shivling .
** Worship of Parad Shivaling is capable of giving instant Luck, wealth, position, name and fame.
** The presence of Mercury Shivlinga in the House is itself a complete life. Shiva lingam is the holy symbol of union of Lord Shiva and Shakti . Shivalingam is worshiped in homes and temples. At home it blesses with unity and harmony in the family and guides its devotees to spiritual path.
** It is also written in various purana's that by worship of Parad Shivling regularly , Goddess Laxmi remains alway's in a house .
** Parad Shivlingam is also said as " Manokamna Poorna Shivling ".

The benefits, especially on your health, of worshipping Lord Shiva in the month of Shravan are said to be immense. The Lingam is a symbol of Shiva, which means auspiciousness itself – the power of the soul. In the legends, the Lingam and the feminine creative power yoni together symbolise the merging of Shiva with Shakti, which confers ultimate liberation for the sincere worshipper.

The glory of mercury Shivling has been stated unequivocally in the puranas, shastras and Tantra text. Mercury is said to be semen of Lord Shiva. To contain or bind mercury is very difficult, that too ancient mercury. It has been explained in 'Ras Chintamani' that by the very touch of such mercury a person gets the benefit of Shiv Puja done in all the three lokas. Mercury has been taken as a liquid also. Therefore a Shivling made of mercury is also known as Ras Shivling. If such Ras Shivling is correctly prepared & consecrated by a scientist of mercury science it can prove most auspicious for the person.