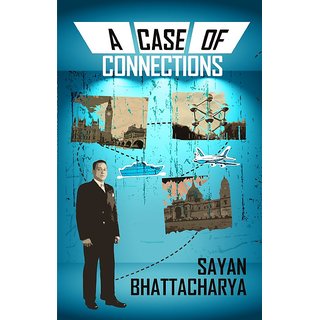 Shop Online A Case of Connections at Shopclues with a price guarantee and fast delivery time in India Product Id : 96275632
Be the first to write a review
1 offers Available for you
- Less

During  the  late  1930s,  an  ambitious  young  Satyen  embarks  upon  an  apprenticeship  opportunity, fuelled by his aspirations, leading him halfway around the world. He embraces the unknown and shapes his own destiny, as life throws him into challenging circumstances time and again in a foreign land!

Naming a new-born grand-nephew with a less locally familiar English name, at the end of 1974, and leaving sketches of his life hidden away in a puzzle, Satyen remains an enigma to all who had known him!

Who was this man... What steered his fate... What became of his dreams? ... Decades later, only fate can influence any rediscovery of the real Satyen, if such an occurrence could ever  arise...  Based  on  the  true  story  of  Satyen’s  life,  adventures,  dreams  and  beyond,  the  novel captures the panoramic history of a family flung across geographies and spanning eight decades, in changing backgrounds and circumstances.

The novel is also an insight into the stories of Atul and Andy, both related to Satyen, a generation beyond, who grow up in different times and geographies. The only thread that binds them is their strong passion to re-discover Satyen’s life story and to complete an unfinished family picture! Each in their own way embark upon a journey to connect…. Their travels and unwavering will in this new voyage  of  discovery,  decades  later,  undertake  search  trails  in  Brussels  and  London  where  they literally walk in the footsteps of Satyen and re-construct his life.

In  a  series  of  connected  stories  and  characters, ‘A  Case  of  Connections’,  crosses  the  world  from Calcutta  to  Leeds,  London,  Brussels  and  beyond  to  Ardee  in  Ireland,  revealing  how  personal aspirations, conflicting ideologies, family emotions and relationships stand the test of time to finally reach the pinnacle of an unbelievable outcome!