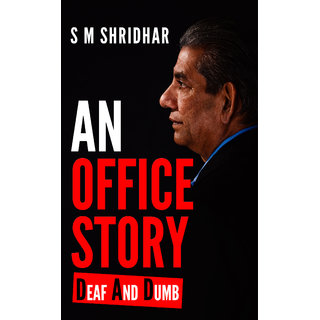 Get this for as low as: ₹220 How to earn CluesBucks+

A homebird shy lad just out of the college joins service in one of the oldest central Government department and encounters the antipathetic colleagues and the archaic conservative system. Everyone is averse to change. The revolutionary inside him revolts and refuses to flow with the deep rooted archaic and orthodox system and lives life on his own terms. He constitutes a ‘One Man Army’ with pillar principles in support.
Amid the life’s turbulence, he meets his first love. He could not believe himself that a person of his nature, who would lower his eyes when eye to eye with a girl, would so easily be swayed by the amorous current. That was the impact of incident and reflected rays on the mirror between him and Miss Pink, but the refraction of the worldly restraints put up the invincible blocks.
The protagonist wins more adversaries than friends and the rivals are rowdy and robust. He comes across a friend Monty, who is sophisticated stalwart. Both the friends have authoritative influence in the office, akin to ‘Jai Veeru’ of Sholay. Truth prevails and the God hails the righteous.
Meetal enters his life through Monty. Dreams mushroom at both the ends. The relation flows like a river with both the restraint bound lovers like two banks of the river proceeding to tie the life bond. But, an unfortunate incident serves as an anti-catalyst leading to a heart break and the break-off.
The life at Chandigarh brings with it new challenges and higher responsibilities. Chandigarh - the city beautiful by declaration, but the ugly system out there in the office poses as a beauty spoiler.