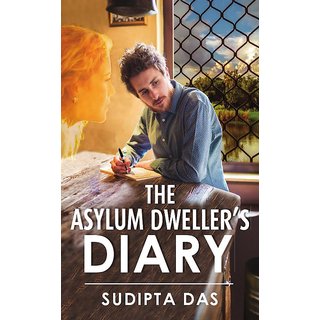 Science Fiction Romance ‘The Asylum Dweller’s Diary’ by Author Sudipta Das is the first episode of the Alien ‘Planet Hoola’ book series. Inspired by heavenly realisations; a few of the super-natural phenomena incorporated in this work were actually experienced in life. This book was first published from the USA and the UK.

The Asylum Dweller, Kit, appeared apparently out of nowhere and, after spending two decades at the asylum, disappeared mysteriously. All along, he maintained that he was from another planet called Hoola, millions of light-years away from the Earth. He left behind his diary to his doctor, the narrator.

His vivid diary describes how he grew up on Hoola, with certain identity. He found that their alien Hoo race was divided by their diverse identities. He met this pretty girl, Ket, from his neighbouring country; the two became friends. Later, war broke out between the two countries and she was deported. Eventually, Kit rose in his career. Meanwhile, the war escalated and he had to go to the battlefield to fight against Ket’s country. He fought well, but was captured. In captivity, he reunited with Ket and had the vision of his Deity. The two decided to marry and eloped. After a dramatic climax, his Deity sent him to Earth.

Thus ends the diary, leaving the narrator confused about Kit’s true identity. Was he indeed an alien or just insane?