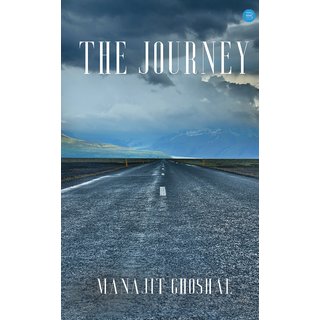 Get this for as low as: ₹221 How to earn CluesBucks+

<!--<g class="gr_ gr_15 gr-alert gr_spell gr_inline_cards gr_run_anim ContextualSpelling ins-del multiReplace" id="15" data-gr-id="15">td</g> {border: 1px solid #ccc;}br {mso-data-placement:same-cell;}-->The story is about three generations of a family spread over three continents over a century of strife, turmoil, Love, tragedy, separation and faith. The story starts in the jungles of North East India during the Second World War. A soldier fights manfully but realizes that he is not fighting for his country but for the British. He resigns from the Army and starts his business in Calcutta which is a booming metropolis at that time. He falls in love with a British nurse but ultimately marries a Muslim woman during the riots during the partition of India. The British Nurse moves to Ireland but realizes she is Pregnant with the soldiers baby. She gives birth to an errant child who goes on to join the Irish Republic Army. He and his friends become terrorists and spread anarchy through Britain. After realizing their folly, they seek out an escape route to the new world, America. There they meet a religious guru who teaches them the importance of Love and family. Meanwhile, the Soldiers family migrates to Bombay and see the crazy city boom in the ’70s. Finally, it all comes together in a climax in the Mumbai of ’90s. The story weaves through Second world war, the IRA movement, The 9/11 disaster, and the Mumbai Attacks through the common thread of this family.

<!--<g class="gr_ gr_49 gr-alert gr_spell gr_inline_cards gr_run_anim ContextualSpelling ins-del multiReplace" id="49" data-gr-id="49">td</g> {border: 1px solid #ccc;}br {mso-data-placement:same-cell;}-->Manajit Ghoshal is a Poet, Philosopher, Finance Wiz, business leader and Entrepreneur. If that seems disparate, that's what he does best...to straddle between seemingly unconnectednuances and establish a method in the madness.MG started his career as a trainee in Hindustan Lever and then branched out to various functions in strategy and corporate finance. He has been associated with companies like KPMG, Cadburys, Johnson, Searle India, CMS Computers and Midday. He was the MD & CEO of Midday and was rated amongst the top 100 media professionals in the country by media magazines and websites. He was the first to sell cross media packages in India and championed many changes in the Media industry as an executive member of the Indian Newspaper Society.